DreamHack Canada and Bell to host the Bell Esports Challenge 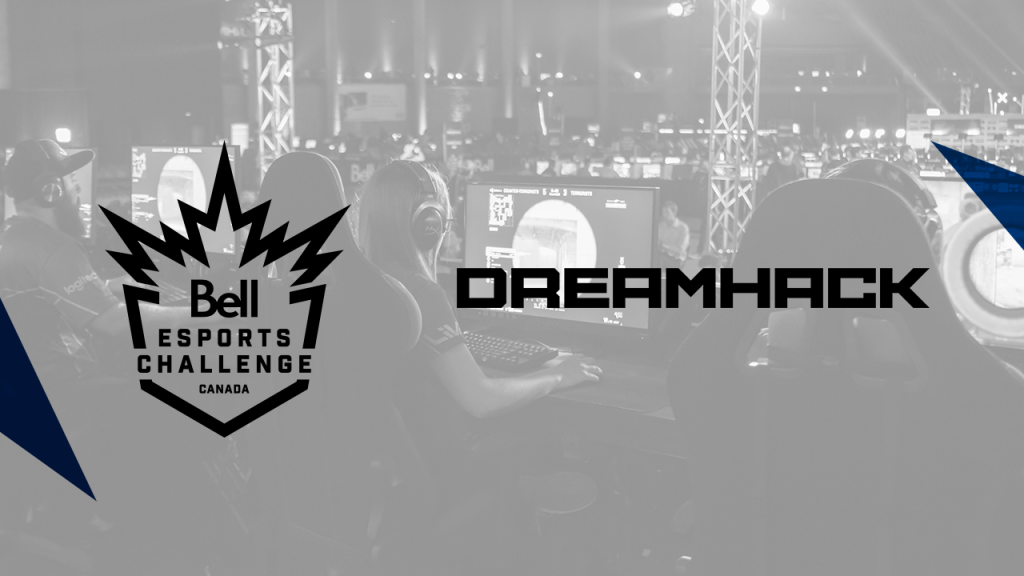 [MONTREAL/TORONTO, July 9, 2021] DreamHack Canada, organizer of the largest esports & gaming lifestyle festivals in Canada, is proud to announce, in partnership with Bell, the inaugural Bell Esports Challenge, an online esports tournament that aims to develop amateur esports in Canada.

The Bell Esports Challenge starts July 31st and will feature three esports titles with $20,000 in cash prizes and participation prizes up for grabs. Additionally, the winning team of each tournament will be rewarded full access to a 2022 DreamHack Festival of their choice in Canada or the United States to pursue their development path from amateur to pro.

Starting July 9th, Canadian gamers will have the opportunity to register in one of the three esports competitions: Valorant 5v5, Rocket League 3v3 and Fortnite 2v2. Over a seven-week period, participating teams will compete in qualifiers to earn a guaranteed place in the final event. The qualifiers and the final event will be broadcast live on Bell Canada’s official Twitch channel (twitch.tv/bellcanada), showcasing up and coming Canadian gamers, commentators and analysts.

“Bell has been a key supporter since 2016 and we share a common vision on developing the Canadian amateur esports scene by finding ways to assist their progression from amateur to pro,” said Simon Marin, President of DreamHack Canada. “In addition to our esports & gaming lifestyle DreamHack festivals, we want to continue offering more development opportunities for Canadian gamers, and Bell is an ideal partner to work with us on that goal.”

To support the Canadian amateur esports scene, DreamHack Canada and Bell will offer an unique opportunity for the winners of each tournament to pursue their gaming development, including a stipend and full access to a 2022 DreamHack Festival of their choice in Canada or the United States to compete in an offline environment against the best teams in North America.

“We are proud to partner with DreamHack and support amateur Canadian gamers as they compete for the inaugural Bell Esports Challenge,” said Devorah Lithwick, Chief Brand Officer at Bell Canada. “Watching and participating in esports is a thrill, and we’re excited to support the Canadian esports community, provide Canada’s gamers with Bell Fibe, the world’s fastest Internet technology, and cheer them on as they develop and compete on the world stage.”

DreamHack is an immersive, gaming lifestyle experience where the community comes to life. Millions of fans tune in to DreamHack broadcasts each year, and the 24 hour-a-day festival weekends feature everything gaming under one roof. Attendees experience professional esports tournaments, amateur and varsity gaming tournaments, world-famous bring-your-own-computer (BYOC) LAN party, cosplay championship, panels, art, activities, expo, screenings, live music and more. In 2020, DreamHack merged with ESL to create ESL Gaming, the world’s largest esports and gaming lifestyle company. The two organizations have been shaping the industry and leading esports and gaming innovation across the most popular video games with numerous online and offline esports competitions and festivals.

ESL Gaming is part of MTG, the leading international digital entertainment group. More information is available at dreamhack.com and about.eslgaming.com.